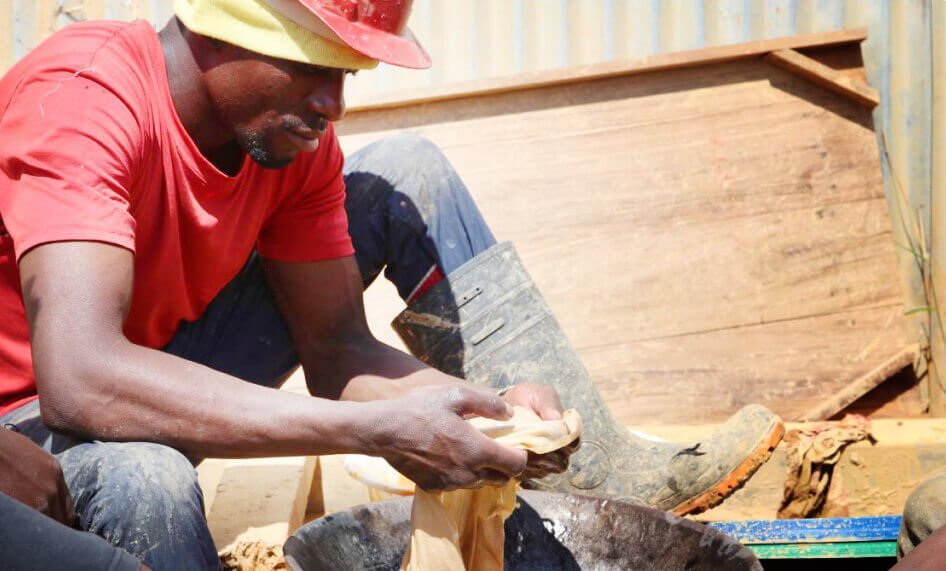 Unable to afford an investment in modern processing technologies, most Artisanal and Small-scale Gold Miners (ASGMs) rely on mercury based processing methods to extract the gold in their ore.  Learn more about the risks and drawbacks associated with mercury processing.

Recognition for Artisanal and Small-scale Gold Mining (ASGM) and its poverty alleviating effects on rural populations has lead governments around the world to begin formalizing the sector in recent years, Tanzania among them. Introducing needed regulation for land permitting and formalized employment, this move has engendered a higher degree of social and industrial organization in ASGM economies. The operating practices of ASGM mining operations, however, remain largely unchanged. The environmental and social issues that characterize the sector have prevented large-scale mining companies from aiding the development of the sector. Unable to access investment, expertise, or technology, the majority of small-scale mining operations continue to use the same antiquated methods they have relied on for centuries.

A small-scale miner, otherwise referred to as an artisanal miner or “ASM,” is traditionally defined as a “subsistence miner who is not officially employed by a mining company, but works independently, mining various minerals or panning for gold using their own resources.”

Mwamba at the Minamata Conference of the Parties (COP3)

Eduard, second from the left, accompanied …

Partnering with the United Nations